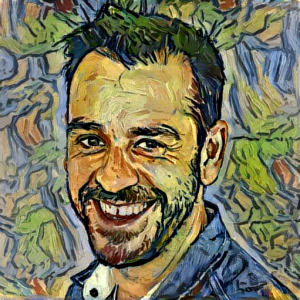 My name is Jon Beltran de Heredia. I love many things, from doing stand-up comedy to running or playing piano and singing, but I’ve dedicated most of my career to writing software.

These are the areas I’m most actively working on right now:

I started learning to program around 1986, with an 8-bit Sinclair ZX Spectrum: all Basic and Z80 “machine code,” as it was called back then. I wanted to make my own games. Very soon, I was also learning about other areas of programming.

Over the years I learned a lot a lot about programming. Z80 assembly language, C, C++, 2D and 3D math, statistics, parsing, languages, databases, distributed systems, AI… Attracted by the awesome graphics and the programming between them, I also took part in the PC demoscene as Yann/Iguana. You can still watch some of our productions on Youtube.

I started my first software company in 1994 while in college. In that same year I also wrote a book on x86 assembly language (in Spanish). This was actually the book I would have liked to have when I was learning, always my motivation for teaching. It proved pretty popular in Spanish-speaking colleges and universities for over 10 years.

In 1997, eager to actually make things, I dropped out of college, and became a professional game developer joining the Commandos team at Pyro Studios. I was the lead dev for the Commandos 1 & 2 games on PC, PlayStation 2 and Xbox (sharing the dev lead with Javier Arévalo).

After ten full-time years in the games industry, I switched my focus to other types of software products, where it was easier to go fully independent – I started my own company Symnum Systems to host my projects. The best-known product I created is ViEmu, a vi/vim emulator for Visual Studio, Xcode, and more. First released in 2005, I still keep maintaining and improving it almost 10 years later, and it keeps enjoying modest but sustained commercial success. With ViEmu and other technology projects I’ve created and launched, I’ve learned a huge amount about the business of software and software marketing.

The last few years I’ve specialized in analytics, and I’m looking forward to go deeper in this fascinating field.

These days I’m based in Barcelona, where I like to perform stand-up comedy in between software sessions.

One Response to “About”