New Gamecrash course: Calgary in May! 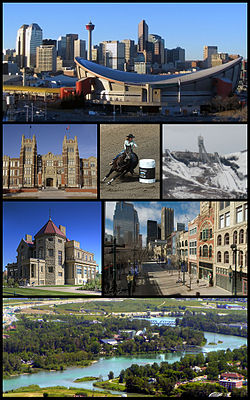 [EDIT: this course has been moved back to Fall 2013… watch out for the announcement!]

After everything learned in Gamecrash Austin last month, we are now bringing it in a new and better edition to Calgary (Alberta, Canada). The course will take place from May 27 to May 31 (Monday through Friday) at the Residence Inn Marriott Airport.

The concept is simple but very powerful: you can come on Monday at 8am as a developer who has never done games, and leave on Friday at 8pm as a developer who already knows how to make games, has learned all the main fundamentals, and has even written their first cool game!

END_OF_DOCUMENT_TOKEN_TO_BE_REPLACED

So I’m finally back home after having had a blast with the Gamecrash – Develop with Passion® course last week in Austin, TX! (Note: check at the bottom of the post how to help us decide where to hold the next edition.)

The course was a great experience! It was a small group of highly-motivated developers, and we were able to cover a lot of ground: basic game loops, OpenGL, textures, rotations and matrices for general transform in 2D and 3D (using homogeneous coordinates even), game physics, animation, sound and music support, tile-based maps, pathfinding, character behavior, and even some actual 3D graphics and gaming on the last day! 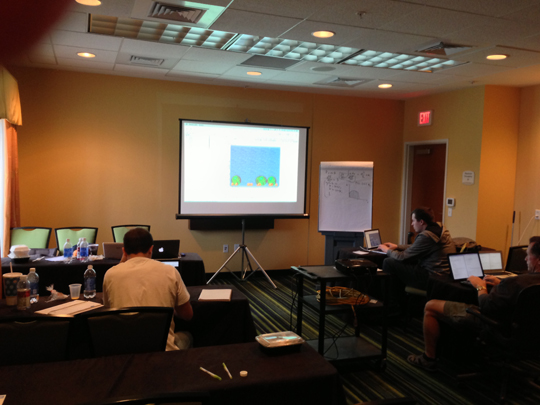 I went to the back of the room while people were concentrated stabilizing their hand-written physics engine.

By the end of the course, all attendees were convinced that writing a game is a very doable project, and so I feel proud and happy with how it went! Two of the attendees, even, were working on their own games by the end of the week (a zombies game and an infinite runner). I’m really eager to see what they come up with, and I’ll be the first promoter for their games as soon as they’re published.

The language choice proved great: we used C without pointers, which is as readable as code can get, and we lost exactly zero hours to issues with the programming language during the whole course. It was all games, games, games and games!

Here are some more pictures from the course: